Home » Garden » Completed the landscaping… just in time for FROST!!

Completed the landscaping… just in time for FROST!! 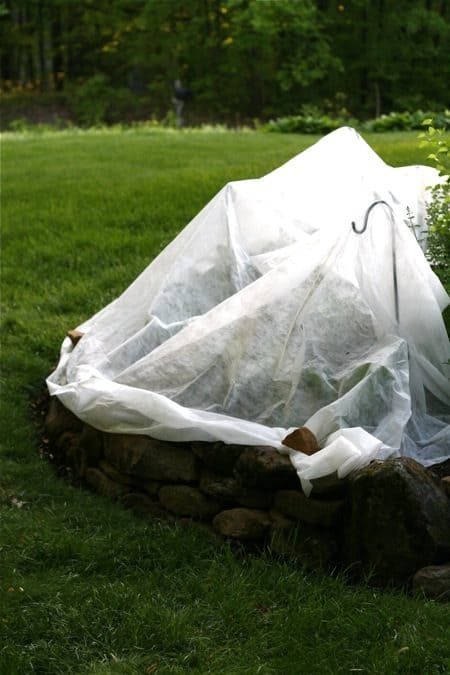 plantings along the lamppost include tiger lily, dianthus, phlox, and more

Mother Nature, are you kidding me??

This past Friday my dad helped me out by tilling the soil in front of my house and near the lamppost to get ready for the landscape. Since it was so hard and clay-like, he mixed about 4-5 bags of Miracle Grow topsoil in as he was tilling it. It turned out GREAT.  The best part: as soon as I got home from work Friday, I was able to start planting! Look who came to help us plant!

They were calling for some serious rain on Saturday and Sunday, so I thought getting a head start on this was the way to go. Mom, Bobbi, and my handsome nephew AJ came to help on Saturday morning. Within a few hours we had everything planted. It looks so good!

The rain came later than expected on Saturday, so it turns out we really didn’t have to rush so much to get everything in. But it was a nice long soaking rain that lasted all the way through Sunday and into Monday. That’s when the kicker happened… I turned on the weather channel to find them calling for frost.

a plastic painting dropcloth will protect a flowering bush from frost.

After frantically  calling mom and sis, I came up with a plan. My mom told me to cover everything that has flowers using plastic grocery bags or the pots that we planted them from tipped upside down. I also have an azalea bush on the side of my house that’s flowering, and she recommended covering that with a leftover plastic dropcloth I had from painting. Great idea!

Bobbi said they all should be ok in the frost, except for the Tiger Lily. So of course I covered him, and took my mom’s advice with the other plants as well. Let’s be honest, this stuff isn’t cheap… and not only would it break my heart if they all died, it would also break my pocketbook, haha.

That’s definitely the risk you take in planting landscaping early in the spring. It may seem like the weather is beautiful one week, and the next week it feels like winter again. Oh the joys of living in Northeast PA. 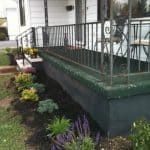 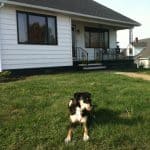 Roxy watches me plant near the lamppost 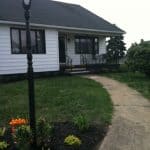 plantings along the lamppost include tiger lily, dianthus, phlox, and more 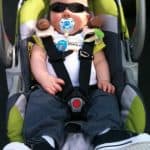 Look who came to help us plant! 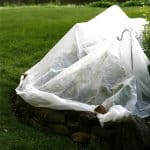 a plastic painting dropcloth will protect a flowering bush from frost.