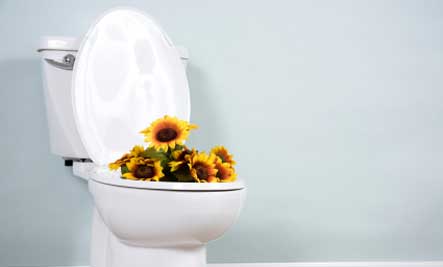 This post is a guide on what to do when you have an awesome party, then wake up the next morning to realize that the toilet’s are clogged and there’s toilet water all over your freshly painted basement. Yes, it’s true, this happened after my housewarming. No matter how much prepping you do, you can’t prepare for things like this, and they WILL happen. One of the perks of being a homeowner, and one of the drawbacks of owning a home when most of your friends don’t. Most of them are trained to work with a “landlord” mentality — they don’t have to deal with the problems or expenses that will come up after the fact, they just call the landlord.

I am by NO means knocking those of you who are renting, so don’t take this the wrong way, please.  I just know how it is, and how much more I think/worry about the functionality of my home as an owner. How warm and safe it is, if things are working properly, are they going to break any minute, maybe I should get that furnace serviced, etc.??? After you write that down-payment check, and start paying a mortgage, things become very real. And it’s serious business being responsible for these things.  //End of tangent//

So anyway, I woke up this morning to puddles of water in the basement. Early on in the party last night, the “Bat Room” toilet that we just installed started leaking. My sister-in-law told me about it and shut off the water. Not a big deal (although it’s curious why this happened since we tested it so much). A little while after this, there started to be some problems with the upstairs toilet as well. Nothing too major, but the strength of the flush was not very strong. Things were going down, but not easily or quickly. I attributed it to the 28 people that were using the poor toilet. The poor thing was running a marathon last night.

After seeing the puddles, I did some plunging upstairs. Nothing. I did some plunging downstairs – both the toilet and the shower drain. Nothing. I flushed upstairs while Shawn looked downstairs, and we realized that the water, when flushed upstairs, was backing up into the toilet and the drain downstairs. It was pouring out of the bottom of the downstairs toilet, and bubbling up through the shower drain. No good. Time to call in for backup.

I talked to my dad and some friends to see if anyone had any ideas, and then called Roto Rooter. I called them at 2:30pm and they were at my house by 4:00pm… on a SUNDAY! Snaked the drain, and were able to unclog it. Thank goodness. The plumber said that there’s a portion of my pipe that’s under the concrete, and that they can’t guarantee that the drain will continue to work, or give me a warranty, unfortunately 🙁  He said it would cost another $175 to locate the rest of the pipe, which can be right along the surface under the foundation, or as much as 3 feet down! I opted out for now, but will keep it in mind for the future.

While he was there, I had him snake the other drain in my basement, which I had planned to have done anyway. So, I guess it worked out, and I was still able to tick one more thing off my checklist.  The worst part about it is that there’s a huge mess, dirt, mud, and water on the newly painted floor. Also, the snake machine scraped some of the new paint on the floor. So I spent most of my day cleaning up the basement rather than cleaning up after the party. I will probably repaint that section of floor sometime this week.

Lesson learned, again. My dad said he was proud of me, as I didn’t panic and had the problem discovered and fixed within a few hours. So, that’s the moral of the story: don’t panic. Just identify the problem, and don’t be a hero. Some things are better left to the pros. Some other tips I found while googling the problem, or just as an aftermath of what happened to me:

Now back to work for the week. Thankfully…  I can use a break! 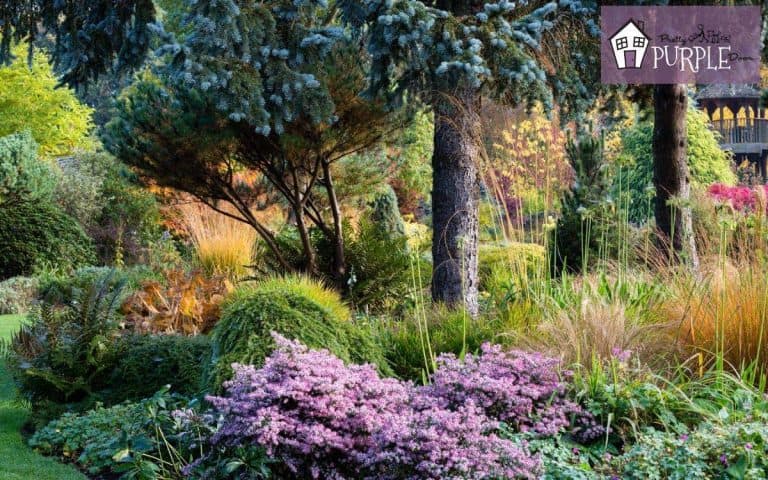 The no dig flower garden bed method will help you create a beautiful garden right over the grass without all the extra work & unwanted weeds. 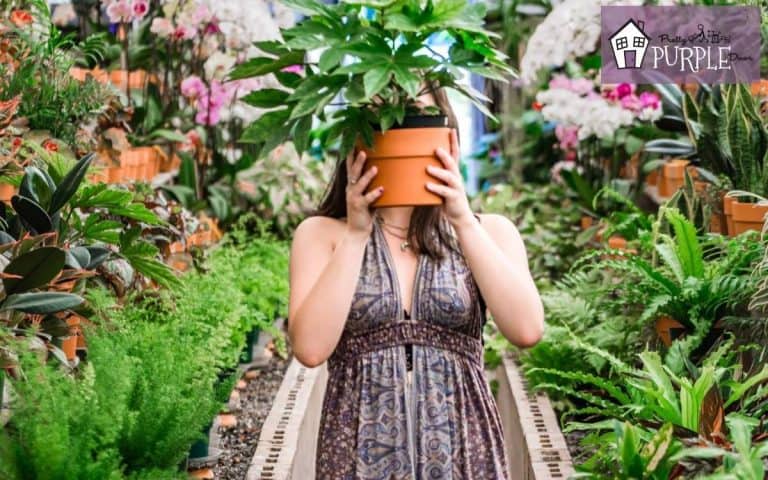 Create beautiful landscaping on a budget with these budget-friendly tips for front and backyard landscaping that won’t break the bank. 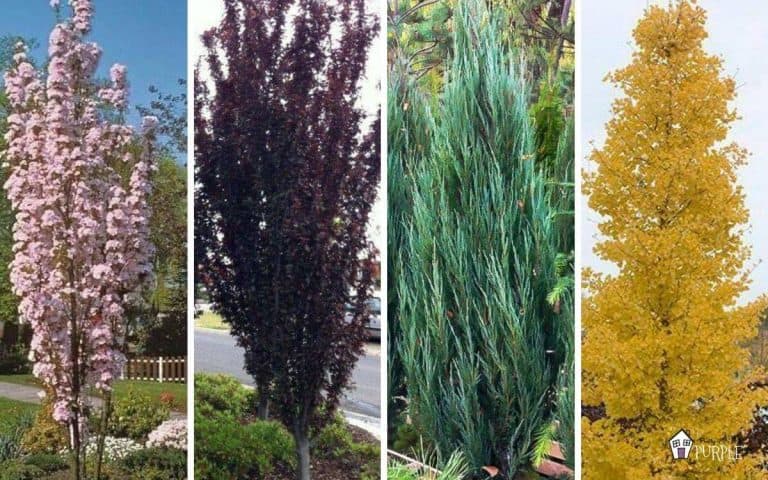 Narrow trees are a must if you have a tight space for gardening. Try one of these slender, unique trees that will pack a punch in any small yard. 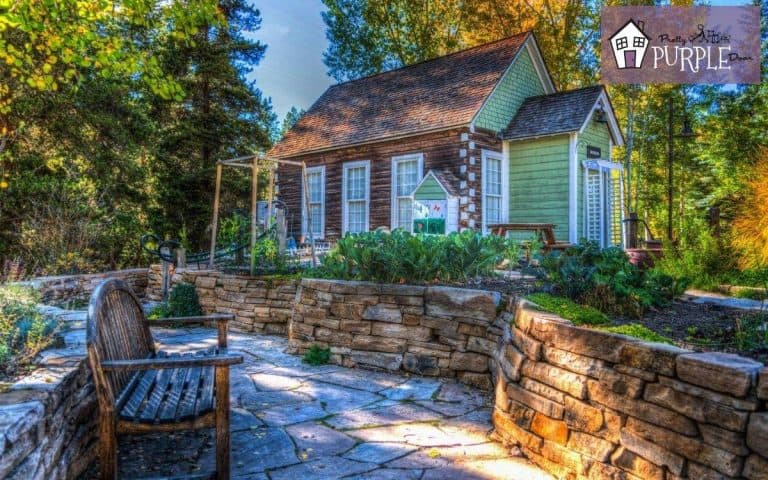 Over 350 seasoned gardeners were asked… What is the #1 thing you wish you’d known before landscaping your front yard? Here are there responses. 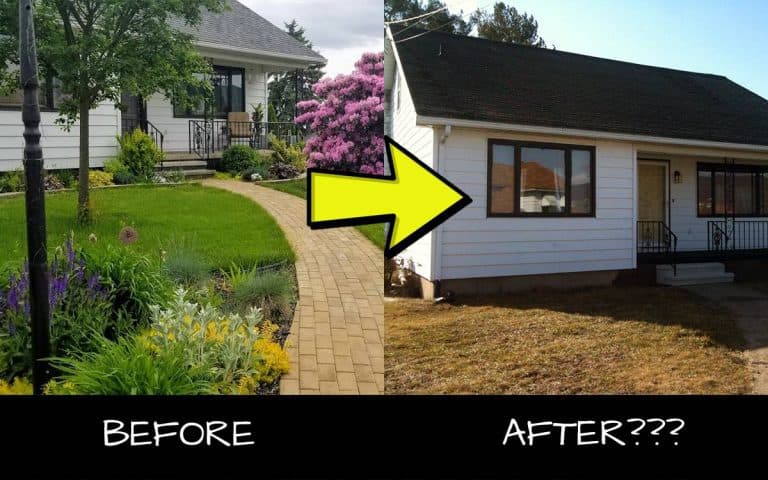 It’s tempting to tear out overgrown landscaping in lieu of something new and fresh. But removing mature landscaping can cost you a lot more money and time that you may realize.

What’s the difference between the garden planning 101 course and the design your 4-season garden course? Comparison chart and details here.